Kelly Hoeckeleberg-Young is quite hysterical. If you don't read her blog, start right after reading this posting! She had a really great link to Kristin VanOgtrop's blog Simply Stated about Julia Mancusco's tiara donning at the Olympics. So while you're traveling the blog-o-sphere be sure to stop by there and have a really good laugh. All this laughing just might cure me of S.A.D. after all. (Who needs a light box?)

So this brings up the topic of when to don a tiara? Here are my various lists... 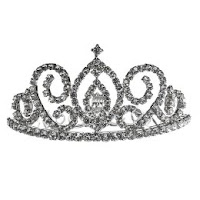 Here are some more practical times...

Times in the past I could have worn a tiara had I known this was a viable choice...

But the number one time to don a tiara...

So don those tiaras ladies! It's the number one way to beat the winter blues. 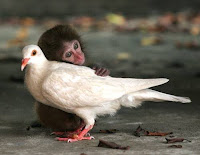 Take me with you.
Fly me away from here
to warmer places on the shore.

We can look for periwinkles,
white spindles,
and lions paw.


It can be so grand,
just you and me
in the sand, sun and sea.

The sun can't be too far away
For I heard birds singing today
in some nearby tree,
building a nest for his sweetie.

With calls of flattery to his mate
it reminded me that spring
won't be too, too late.

You and me,
Well, we don't even have to talk.
Just take me with you
to the sand, sun, and sea.

Let's dine on oysters
and wear their pearls
and when the sun makes it way back to here
I will return. I shall return.

I had two houses to see today for my freelance writing job today. And although it's been raining all day and it is quite grey and dreary, I heard birds singing in a nearby tree. And it in fact did sound like he was saying pretty, pretty, pretty. It made me smile.

There is no rhyme or reason to living with S.A.D. Some days are good. Some are bad. You just take it as it comes. And I find on the days when I have to get out of the house, when I have no choice, those days I am better.

But still, I cannot wait for spring. I miss the warm sun on my shoulders.
Posted by Sheri Perl-Oshins at 2:46 PM 2 comments: 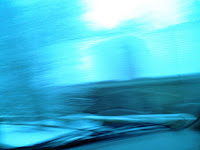 The water rushed in through windows and under door jams.

I must get to higher ground, she thought.
She climbed onto chairs, counters, tables but still the water rose.
Seeing no possible alternative she succumbed to the rising waters. At first the cold stole her breath and made her lips draw a thin, straight line. Quickly it rose to her thighs, waste, chest, forcing her to suck in her stomach so as not to touch her skin to her cold, damp clothes. The cold made it difficult to breathe. She gasped like a fish upon dry land and decided to fight. But it was too late.
Her dressed spilled out like liquid fabric around her--floating, billowing. She waded through the force of the water searching for higher ground. She found the stairs and once on dry risers she took them two at a time. She ran to her bedroom where she always felt safe before but the water swirled in anyway. It found her and continued to rise.
There was no relief from the water. None at all. Her bed. He bookshelves. The top of her desk. The water rose to meet her no matter how high she climbed, no matter how hard she wanted to fight, the water fought back harder. Finally, she had no choice but to tread. Her arms and legs circled until they could no longer function, aching from the strain.
At last she gave up and became still. Her arms and legs. Her chest and feet. All still. The stillness was heavy and so she sank. She sank to the soggy carpet that used to be the floor of her bedroom. She sank down the stairs that she used to trot down to breakfast in the glorious morning sunlight. She sank to the wooden floor of the kitchen where she cooked many meals for her family.
Although strange, there was no denying how peaceful it was. Quiet. Life moved in graceful, liquid slow-motion. She knew she couldn't hold her breath for too much longer and she knew there was no higher ground to swim to any longer. So she did the only thing she could do. She took in one last, long, watery glance of it all--her home, her hands, arms, feet, legs. Her life. Her. And then all that was left to do was to take in one large gulp of water.
And it was done.

One Hour at a Time 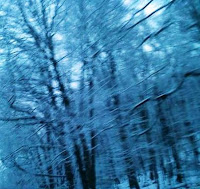 Something happened. She wasn't quite sure what exactly or when it all began but something had changed. On silent padded paws, winter had broken into her sleep in the middle of the night and stolen her voice. And without a voice, she had no words. And without words, well, I don't have to tell you the horrors of a wordless world, do I?

But still, when did it begin? Bit by bit, piece by piece (no, that's too cliche... try again...) But still when did it all begin? October. Yes, it had to have begun way back then when the leaves had turned to amber and the evening sky to velvety shades of fuschia, purple and midnight blue. October had become the month of death since her mother passed away nine years ago. And yet every October, she was surprised when the sullenness overtook her. (Too dramatic? But it's true... stick to the truth).

Then came November, the month that's all about family. (Family.) What is family anyway? Biology that binds? Does it really? Blood is thicker then water. She knows many who would beg to differ.

December. More cheerful holidays that drive suicide ratings higher then any other month of the year. (Don't worry, there's no suicidal tendencies here). But December is more for her then holidays and forced cheer. It's the month they shared a birthday, she and her mom. December 28th. She remembers a time when she hated that fact, when she selfishly wished she had the day all to herself. But she was a little girl then and didn't really know what she was wishing for. Until now. Now that her birthday cakes just say Happy Birthday with her single name in curly blue cursive. Plenty of room for all the words to spread out.

January. Can anything be more depressing then the world growing older during a time of the world's recession? 10% of Americans are jobless and losing their homes. She could be one of those. Every day debt collectors calling asking for payment from money she does not have. Last year she worked three jobs, sometimes even more, to make ends meet. This year she lost 2/3 of those jobs and a perspective one. Two losses even happened on the same day. That day was extra special. (Too sarcastic? Too angry?) But it was still summer then and the summer sun had a way of transposing her to the Land of the Lotus Eaters and maybe there was no need to worry. Things work out. They always do. Now she's not so sure.

But then, as it always happens, October after October, and way leads unto way, worry, fear, and depression all move in, unpack and settle in for the long barren winter to begin. She remembers now, yes, that's when it all began, as it always does, in October when at first it's too subtle to notice and she still has some fight in her. Like the trees holding onto their chlorophyll before they succumb and become naked under winter's merciless wind.

As usual, it's so insignificant at first, just a cell here, a membrane there. A hair follicle. A toenail clipping. And then scrapings of flesh, pieces of flesh, chunks. And then it preys on her soul, her reason, her purpose, her goals, dreams. Until one day she looks in the mirror and notices she has simply vanished. She's become a missing person. M.I.A. (Be careful, don't get too melodramatic).

But wait. Listen. Shhhh. Somewhere deep inside of her, rattling around in her ribcage a songbird sings. You can still hear it if you try. There. Just beyond the heartbeat. Yes, the heart still beats. And just beyond it, listen. Do you hear it? The tiny woodland bird that will come home soon to nest in the early frosty spring. He still sings in her heart. But there is a disconnect. A wire left dangling from a fierce and mighty winter storm.

She has a friend, many friends, but this one friend said something that stuck, something that beckoned the sinews to work overtime. She said, One Hour at a Time.

One Hour at a Time. She can do that. One Hour at a Time. February's almost done. March is long and scary. But remember. One Hour at at Time. And then April. April with crocuses and tulips and life prevails once again, pushing its way through the defrosting ground. Buds on trees appear, birds come home to nest, bees buzz. Even the insects are missed and loved because on their dusty translucent wings comes her friend and saviour. Spring. (Corny, yes but all of it true).

Living a Life with S.A.D.
A Drive by Shooting 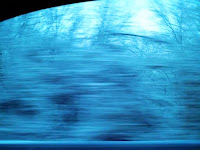