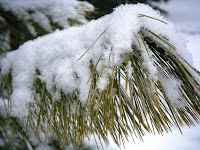 I find myself in a rather strange predicament; I have nothing to say lately.

Now, some philosophers might argue that saying "I have nothing to say" is technically saying something. And I suppose I'd have to agree. But, even with that said, I find myself rather subdued these days and with nothing fascinating or interesting to report.
I am in a very quiet and contemplative place. But that quiet contemplation is not describable with words. It's just quiet. This is not an easy feeling for a writer who, as I've said in the past, flies on wordy wings - the wordiest of all, most times.
I have been wondering though lately... do you think the classics would be successful if written today? I don't think they would. I don't mean written today with today's style. I mean if they were written as they were then but tried to be sold today.
I recently saw Charles Dickens' David Copperfield and although I know watching a movie and reading a book are often more dissimilar than similar, I found David a boring character. It was all the periphery characters that were most interesting, flawed, and grew/changed. Even though David had a horrible childhood, as many of Dickens' child character do, he grew up well, despite his horrors and never showed any sign of being affected.
Secondly, he didn't even bring about or solve the battle scene. He was just simply the sun of some strange universe filled with other more remarkable planets.
So, I reflect on what sells today... what sold yesterday... and how they are different.
Today, readers expect or anticipate that your main character will be the most flawed or unique and will go through the most change, there-by changing those around him/her. Was that always true of the classics? No. Yet, they've survived the test of time. Is that always true of today's characters? No. Look at Twilight. Bella didn't really "change" until the last book. And I would argue that her "change" wasn't even really a "change?" She was still the same character but stronger, more balanced, and prettier. (Of course I still have about 100 pages to go before I am done, so perhaps I am premature in my conclusion...)

Well, look at that! I guess, I had something to talk about after all. But even still... in this very wintry of winters... my mind seems to be hibernating. Quiet and contemplative, like the snow, once again falling outside my window....
Do you think the classics would sell in today's market? Why or why not?
Posted by Sheri Perl-Oshins at 1:46 PM

I've never been a fan of classics, but I read them and then, I was always happy I did. Do you think our society is too quick to enjoy some of the classics? Hmm..

A few might but I doubt many would. Life and literature were quite a bit different in past centuries, even past decades. What becomes a "classic" of any given time frame usually resonates with the society of its time.

I can't name a single classic that I've read that resonates with me like so many modern books do.

Yes, that IS an intersting question... I've sometimes thought that Jane Austen novels must have been similar to the "Sex & The City" novels of today... but I guess we'll never really know!

I go through periods of feeling like I've nothing to report, too. Sometimes, like today, actually, I just post a quote that I love, and my reaction to it...

My opinion - for the vast majority of classics, no way would they sell as it in today's market. People's attention spans are way too short these days and require so much more stimulation!
Neat question.

Sheri, I love how your mind works. I wish we lived closer so we could share a cup of coffee!
I don't think they would sell either. I feel that literature reflects society as a whole. What sells are the stories with which folks relate, and at least a portion of those stories reflect pieces of ourselves.

Keri, I don't know. I think it is either that, or they have become programmed as far as what to expect of our main characters and the story elements in general. When we don't deliver them as expected, I think people are disappointed, although, they might not know exactly why...

Lapillus, I agree and you do bring up a very interesting point. Classics reflect the time they were written. We can identify with today's books because it is about us! So, why then do we make kids study the classics in school? Do you think they should read more modern literature? Do you think if kids did read more modern literature in school, we'd have more students who actually enjoy reading??? I do. I think reading should be more well rounded - a little of the classics and a little of today's books.

Gotta, I think winter, in general, is a quiet, reflective time, don't you?

PJ, I'm afraid you're right, but I wonder if that is a good thing, or a bad thing about us? Seems in those centuries/decades, life was less stressful. People had more time. I wonder which came first... did our life style change literature?

Amy - I would love to have a cup of jo with you, any day of the week! And yes, my mind is a bit odd, but that is a prerequisite to being a writer, is it not? So, how was NYC? Did you wear all black and keep your head down low? Did those city folk surprise you with a smile???

Thanks everyone for your viewpoints. I love a good debate!

What a great question ... I've thought the same thing about children's picture books ... old versus new. With those, some of the older ones are just wonderful.

I often wonder about this as it applies to picture books. I think some of the older one would not only NOT sell, they would never be published today! Certainly not with their current wording. Harry the Dirty Dog "walks in the shade that a fat lady made." Ha! Can you see that one flying today?

Kelly, I wonder what attracts us to the classics time and time again? And then there are others that are hard for today's reader to get through.

Good point Corey! This absolutely applies to picture books too. I love that line from Harry, but you're right - not too PC for today's sensitive society. Also, today publishers do not want animals that can speak or dress. Beatrice Potter herself would be jobless - in my opinion the person who single handedly created this genre we call picture books.

I tagged you in a meme if you're interested. 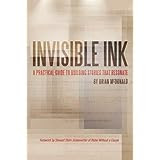